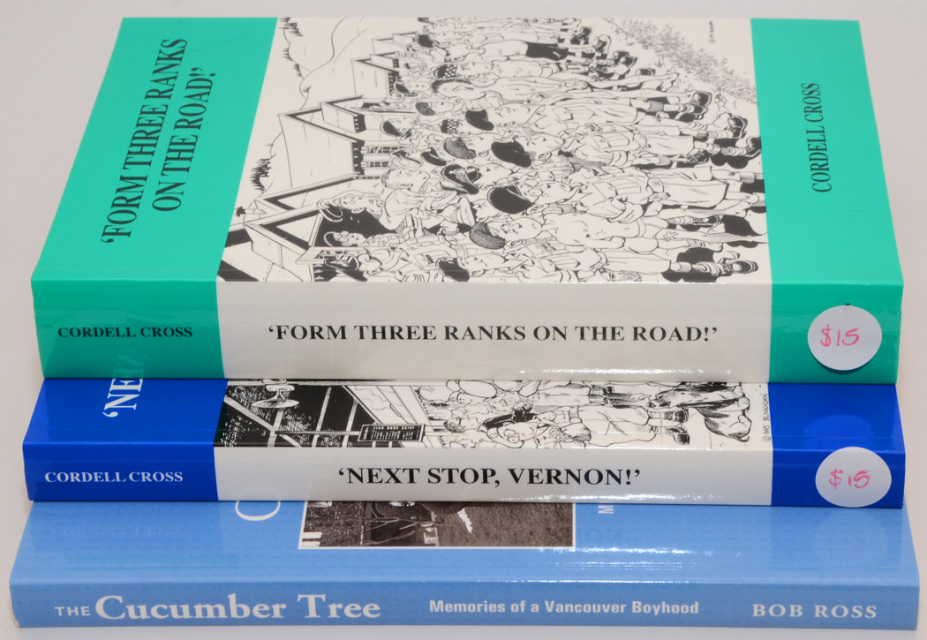 The Cucumber Tree by Bob Ross

In the botanical world, a cucumber tree is a type of magnolia, the name derived from its gherkin-like seed pods. But for young Bob Ross and the kids of his Vancouver neighbourhood, the cucumber tree was pivotal in their childhood adventures. High in its branches, the neighbourhood gang met to plan garden raids, war parties and hunting excursions to far-off frog ponds. Later in life, the tree came to represent all that childhood in early Vancouver could be. This is a story about growing up in Vancouver in the 1940's and 50's, of building forts and shooting slingshots, of catching muskrats and making campfires in the local woods. It was a time when kids played outdoors from dawn 'til dusk without supervision, in a world without television or computers. Summer holidays included summer camps at Pasley Island, driving trips to the south Cariboo and a stint at the Vernon army camp. Ross' otherwise idyllic childhood was haugnted by the dark shadow of the cold war when America and Russia were engaged in their feverish race to develop atomic warheads. The installation of air raid warning systems only reinforced his belief that the Russians would soon bomb Vancouver. The author's answer to this drama was to build a canoe and develop his own survival plan... With warmth, charm, humour and an amazing talent for detail, Bob Ross re-captures a childhood that will strike home with anyone who grew up in this era.