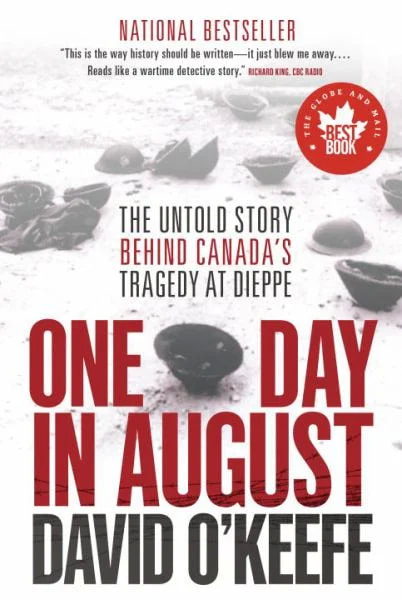 One Day in August

The Dieppe Raid - the darkest day in Canadian military history - has been one of the most perplexing mysteries of WWII, when almost 4,000 Canadian amphibious troops stormed the small French port town, only to be ambushed by the waiting Germans, slaughtered, wounded or captured. This catastrophe, coupled with the 7 decades-long mystery surrounding the reason for the operation, left a legacy of bitterness and recriminations and controversial charges ranging from incompetence to conspiracy.

O'Keefe's detective-like research over 15 years in the Intelligence archives of 5 countries now reveals that it was a vitally secret "pinch raid," organized by British Naval Intelligence and the Joint Intelligence Committee. The mission: under cover of a raid to secretly steal the German code books that would unlock the Enigma cipher machine that held the key to the German High Command's plans. One of the key figures behind the mission, along with Mountbatten and Churchill, was Commander Ian Fleming, waiting in a ship off-shore for the code books that might have saved countless lives and shortened the war by some years.