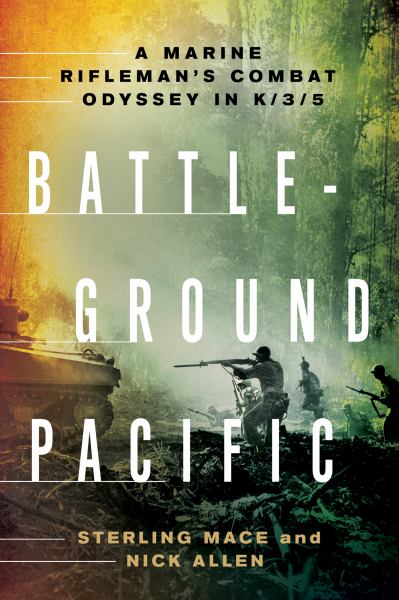 Sterling Mace's unit was the legendary "K-3-5" (for Company K, 3rd Battalion, 5th Regiment of the 1st Marine Division) and his story takes readers through some of the most intense action of the Pacific War, from the seldom-seen perspective of a rifleman at the point of attack.

Battleground Pacific is filled with indelible moments that begin with his childhood growing up in Queens, New York, and his run-in with the law that eventually led to his enlistment. But this is ultimately a combat tale—as violent and harrowing as any that has come before. From fighting through the fiery hell that was Peleliu to the deadly battleground of Okinawa, Mace traces his path from the fear of combat to understanding that killing another human comes just as easily as staying alive. He learns that bravery often equates to stupidity, leading to the death of close friends, but also that life goes on, with death on its heels.

Battleground Pacific is one of the most important and entertaining memoirs about the Pacific theater in WWII.