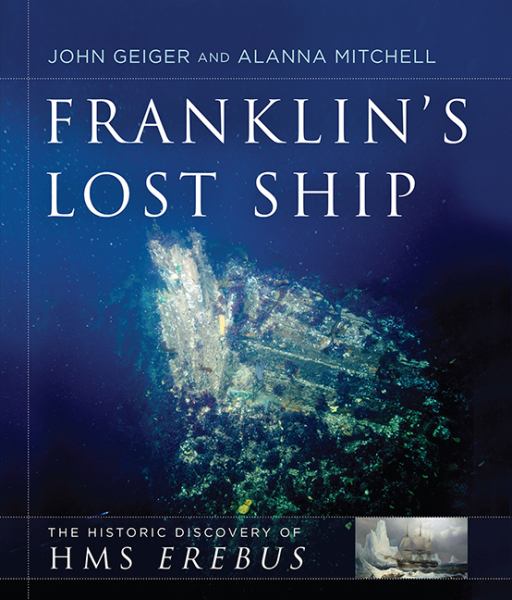 The greatest mystery in all of exploration is the fate of the 1845—1848 British Arctic Expedition commanded by Sir John Franklin. All 129 crewmen died, and the two ships seemingly vanished without a trace. The expedition's destruction was a mass disaster spread over two years. With the vessels beset and abandoned, the crew confronted a horrific ordeal. They suffered from lead poisoning, were stricken with scurvy and, ultimately, resorted to cannibalism in their final days. The mysterious fate of the ships, HMS Erebus and HMS Terror, has captured the public's imagination for seventeen decades.

Now, one of Franklin's lost ships has been found. During the summer of 2014, the Victoria Strait Expedition, the largest effort to find the ships since the 1850s, was led by Parks Canada in partnership with the Arctic Research Foundation, The Royal Canadian Geographical Society, and other public and private partners. The expedition used world-leading technology in underwater exploration and succeeded in a major find—the discovery of Erebus. News of the discovery made headlines around the world.

In this fully illustrated account, readers will learn about the exciting expedition, challenging search and the ship's discovery. Featuring the first images of the Erebus, this stunning book weaves together a story of historical mystery and modern adventure.