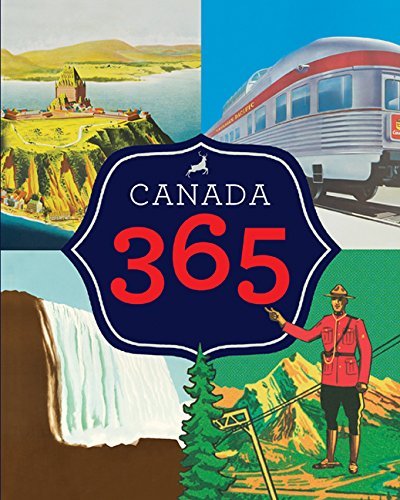 Every day tells a story

Canada 365 is a beautifully illustrated book that shows what happened on this day in Canada--from January 1 to December 31--from historical turning points to the odd and unusual, to milestones in sports, business, politics and entertainment.

Featuring over 400 photographs with multiple entries for every day, Canada 365 forms a fascinating and unique look at our home and native land. On January 17, 1974, Pauline McGibbon was appointed lieutenant-governor of Ontario, the first woman in Canada to hold the position. On January 17, 1880, silent movie actor and director Mack Sennett, an innovator of slapstick comedy, was born in Danville, Quebec. The “King of Comedy,” as he was known, introduced the Keystone Kops and the Bathing Beauties to his popular films. Eighty-eight years later, actor Jim Carrey was born on the same day.

In 1996, Ernie Coombs, Mr. Dressup, retired from television on February 14. Also on the same day, in 2010, skier Alexandre Bilodeau won a gold medal at the Vancouver Winter Olympics. Four years later at the Sochi Olympics, Bilodeau became the first freestyle skiing gold medallist to defend his Olympic title and the second Canadian to repeat Olympic gold.