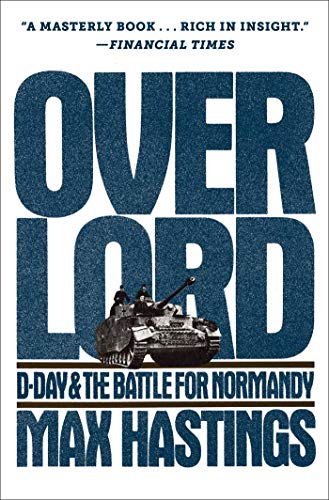 On June 6, 1944, the American and British armies staged the greatest amphibious landing in history - called Operation Overlord - the battle for the liberation of Europe. Despite the Allies’ absolute command of sea and air and vast firepower, it took ten weeks of fierce fighting for them to overpower the tenacious, superbly skilled German army. Forty years later, British war correspondent and military historian Max Hastings shares a dense, dramatic portrait of the Normandy invasion that overturns the traditional legends.

First published in 1984, Overlord “will shock those who regard the invasion of Normandy and the subsequent battles as triumphs of American, British, and Canadian military heroism” (The New York Times). Instead, Hastings provides a brilliant, controversial perspective on the devastating battles, based on the eyewitness accounts of survivors from both sides, plus a wealth of previously untapped sources and documents.