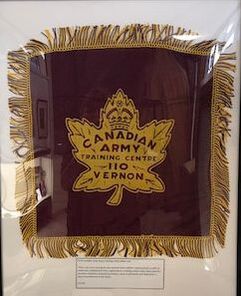 With the declaration of War in September of 1939 the Vernon Military Camp's population did not see a decrease.  Troops continued to come and go for training here in Vernon.

On Tuesday May 14, 1940 under the command of Col H.C. Greer of Victoria,  training here in Vernon had began for non-permanent active militia units. Officers from over 10 different regiments, P.P.C.L.I., Lord Strathcona Horse, Rocky Mountain Ranges and the BC Dragoons to name a few were the instructors and staff at the camp. The first course was entirely under canvas with 675 men in training.  In addition to the 5th Canadian Motorcycle Regiment (BCD), other units began to arrive at the camp for training.

June of 1940 orders were drafted for the construction of buildings to house the #110 Canadian Army (Basic) Training Centre here in Vernon. In July of 1940, work was underway to expand and upgrade the facilities at the camp. Water and sewer lines were extended and a few buildings slowly began to emerge.  By August 30, 1940 the number of men building at the site had swelled to over 400.  In September it was announced that the Vernon Army Camp would become permanent and would be upgraded to comfortably house 1,200 soldiers.  The Vernon News reported on September 19th, 1940, that over 500 men were working on the construction of the Camp to reach the deadline of October 9, 1940 when 1000 troops would arrive by train for the first intake at #110 Canadian Army Basic Training.
​For those living near the camp, the constant sounds of bugle calls, shouting of drill orders, trucks, and the distant resonance of exploding mortar shells and gunfire during practice sessions became part of their daily life. With so many soldiers in town, Vernon’s economy thrived, this once small town would never be the same.

By the end of World War Two it is estimated that over 20,000 men had come through Camp Vernon for training, both at the 110 and at the Battle Drill School.  Of  the total troops who trained at the Vernon Military Camp, an estimation of over 400 were indigence solders from around BC and Alberta. ​ 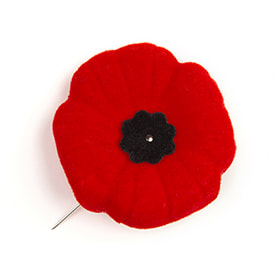 For more information or photos please contact our Archivist Lisa at Lisa@vernoncadetmuseum.com